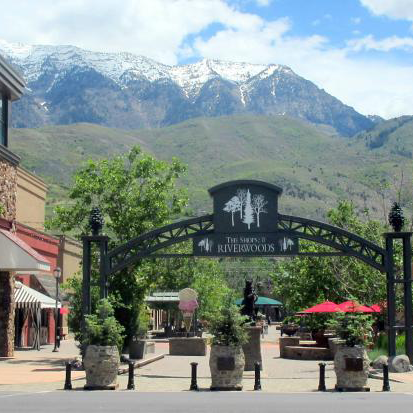 Francisco Atanasio Domínguez and Silvestre Vélez de Escalante are credited with discovering the pass, but it was certainly used by Native Americans before them. Soldier Summit takes its name from a group of soldiers who were caught in an unexpected snowstorm here in July 1861. These soldiers were Southerners under General Philip St. George Cooke, on their way from Camp Floyd to join the Confederate Army. A few of them died in the storm and were buried on the summit. In 1919, a real estate promoter named H.C. Mears surveyed a townsite at Soldier Summit and began to sell building lots. The town was incorporated in 1921, with a population of over 1,000. There were stores, hotels, saloons, restaurants, two churches, and a school.

Soldier Summit Growth was driven by the Denver and Rio Grande Western Railroad moving some of its machine shops, used for servicing helper engines, to this location from Helper. The Church of Jesus Christ of Latter-day Saints organized a branch in the new town on June 21, 1921 with Parley Bills as branch president. The number of Mormons in the town was large enough in June 1927 to organize a ward with Walter S. Groesbeck as bishop. The population of Soldier Summit peaked at 2,500 in the 1920s, but began to decline as the railroad decided to move its operations back to Helper due to the severe winters and high cost of doing business at the summit. The introduction of diesel locomotives, which eliminated the need for helper engines, further hurt the town's fortunes. The railroad moved many employees' homes to Helper, leaving only the foundations. By January 1930 the ward was reduced to a branch.

Over the next few decades the town dwindled away. In 1948 there were 47 students at the Soldier Summit school. The next year enrollment dropped to 11, but the school stayed open. It wasn't until 1973 that the school was closed and the last few students sent to schools in Carbon County.

By 1979 there were only about a dozen adult residents left, but Soldier Summit still had four part-time police officers enforcing a community speed limit on the stretch of highway passing through town. When motorists complained of a speed trap, the state Attorney General and the Utah Chief of Police Association investigated. They determined that the only reason for having a police department in Soldier Summit at all was to generate revenue for municipal services through traffic tickets. The police department was disbanded.

The town was finally disincorporated in 1984. Other than the gas station and two or three occupied houses, Soldier Summit is uninhabited. An old two-room jail, a few deserted houses, and acres and acres of foundations and crumbling walls are all that remains of the former town.